Home  Our People
Ethiopia Medical Project was originally founded by Jo Middlemiss and Maureen Burnett. The charity is supported by many others too, read about those who help us below. 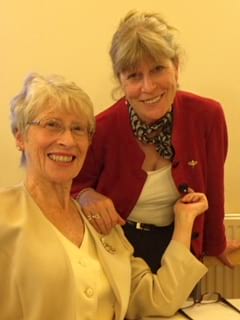 Maureen Burnett and Jo Middlemiss are first cousins and close friends. They both grew up in Glasgow before going their separate ways through careers, marriage, children and grandchildren.

Maureen had a long career in catering and Jo worked as a teacher and relationship counselor and coach.

Jo followed Maureen’s lead out to Ethiopia and together they set up EMP after getting to know the community of the Buccama Clinic: a community that comprises a small band of religious sisters, a dedicated staff  and many many people dependent on the clinic for their needs.

They travel out to Ethiopia every year. They live and work at the Clinic for the best part of a month, whilst seeing how things are going, how the money which they fundraise for all year is being spent and what the needs are for the following year.

When they started nine years ago they only thought to provide a few basic and extras. Mattresses, some medicine, drinking vessels and plates and other basics that seemed to be needed.

Nine years later, after many ups and downs, EMP pays the salaries for the  18 members of staff, two extensions have been built, two wards and a lab, the water pump has been replaced, and an essential robust 4×4 has been acquired. The work goes on. 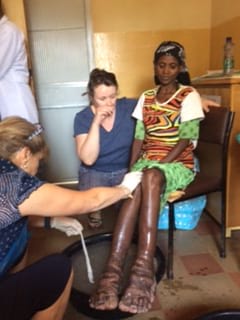 In January this year our friend Amanda Dunn revisited Buccama for the third time with her daughter Lottie.
Amanda is a busy oncology nurse and uses her precious leave time to go out to the clinic. Like us they pay their own way and contribute to the fundraising efforts.

Amanda contributes in a different way from us,as she brings her nursing expertise to the fore and works with the other nurses in the Out Patient Dept. By now you will have realised that the Clinic is actually like a mini hospital and so qualified helpers are a real advantage. Meanwhile Lottie on her second visit, soaks up the atmosphere, helps where she can in the kindergarten and with the new babies. Like us they have realised that in this world when people have virtually nothing, everything is something to be grateful for. 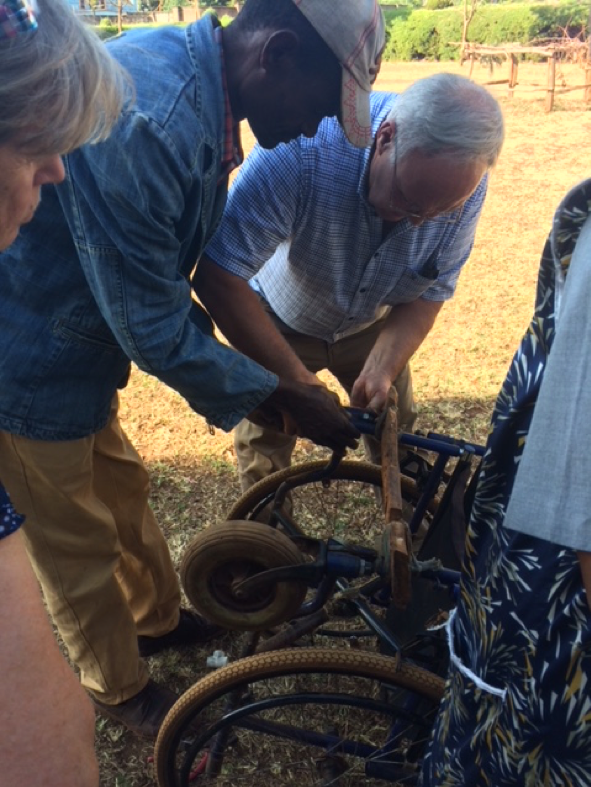 During our February visit we were accompanied by a Father and Daughter team. Willie Clark and Susan Smith.
Willie helped us by being an all round fixer and in the purchase of the new vehicle. Buying a robust 4×4 has been a long time goal and a much needed essential for the clinic. Susan with years of experience in high dependency work was an invaluable help in many areas but it was her “ roll up your sleeves and get stuck in “ attitude that most impressed and endeared her to all at the clinic.
We cannot go out to Buccama and expect that everything will be as it is done at home. Otherwise we would be like authoritarian know it alls. That is not our way. We take our lead from the real experts and gently nudge our if we are asked or see another way to do things.

We were also visited by Gill Brook a physiotherapist specialising in Women’s Health. She was invaluable in helping the staff and the women and us ,in understanding the issues around the whole pelvic floor area. Again she came under her own steam, stayed for 3 hard working days and went on to Addis to complete her work there.

We are always looking for generous donations, quite simply, with out them we can't run the clinic.

Donating is easy. Click the button below and it will link you to our donation page.